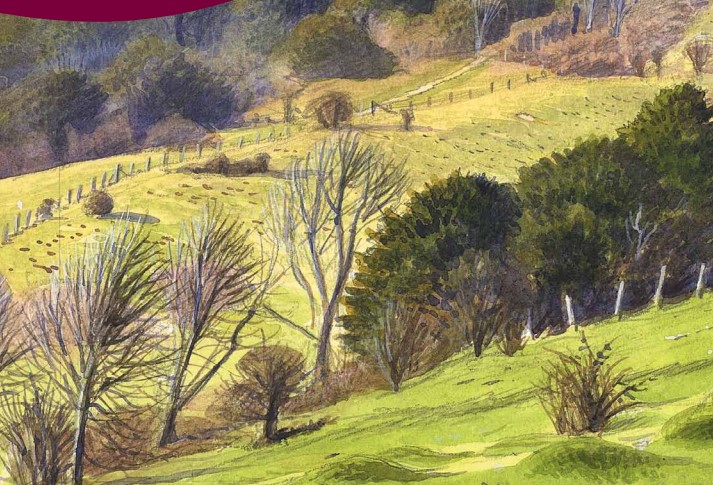 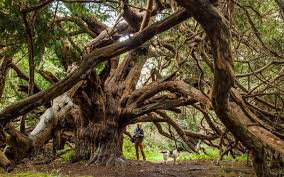 It is known for its twisted and ancient yews and includes a grove of ancient trees which are among the oldest living things in Britain. It also has superb chalk grassland and is one of the most important archaeological sites in southern England, with 14 scheduled ancient monuments. Look out for green woodpeckers hunting for ants on the grassland, as well as red kites and buzzards. It also has superb chalk grassland with an abundance of chalk-loving plants like birds foot trefoil, kidney vetch and fairy flax. You can also find 11 different species of orchid in the Reserve including bee, common spotted, frog and fly orchids. Look out for red kites and buzzards soaring above you. Breeding birds at Kingley Vale include the nightingale, grasshopper warbler, blackcap, marshtit and green woodpecker. Of the 58 species of butterfly that breed in England, 39 have been recorded at Kingley Vale, including chalkhill blue, holly blue and brimstone.

Ecologist Sir Arthur Tansley lobbied hard for years for the protection of this special habitat. His lobbying paid off when, in 1952 when Kingley Vale was named as one of the first National Nature Reserves in the country. Sir Arthur's contribution to the preservation of the environment at Kingley Vale is marked by a memorial stone near the top of Bow Hill.

Within the National Nature Reserve there is a discreetly signposted nature trail organised by English Nature. The views from the several places at and near the top are tremendous, both to the north and the south.

Bow Hill, which forms part of Kingley Vale, is topped by The Devil’s Humps, two Bronze Age barrows and Goosehill Camp. In this area near along were marching legions of Romans Soldiers on the Silchester Road and. The men of Chichester defeated a band of Vikings whose warlike spirits still maraud in the woodland. 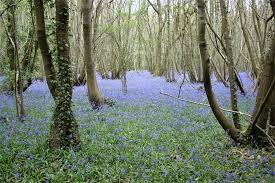 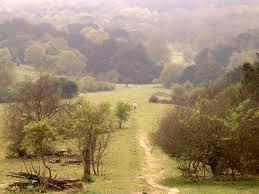 The nearest villages to Kingley Vale are West Lavant, West Stoke (where you can park), Woodend, Chilgrove and Stoughton. The terrain at Kingley Vale, including the Nature Trail, is steep and difficult in places and not suitable for wheelchairs.

For a 3.5mile walk in Kingly Vale visit https://www.emsworthwalks.org/kingley.html

For a 4.5mile walk in Kingly Vale visit https://www.walkingclub.org.uk/short-walk/kingley-vale-chichester/