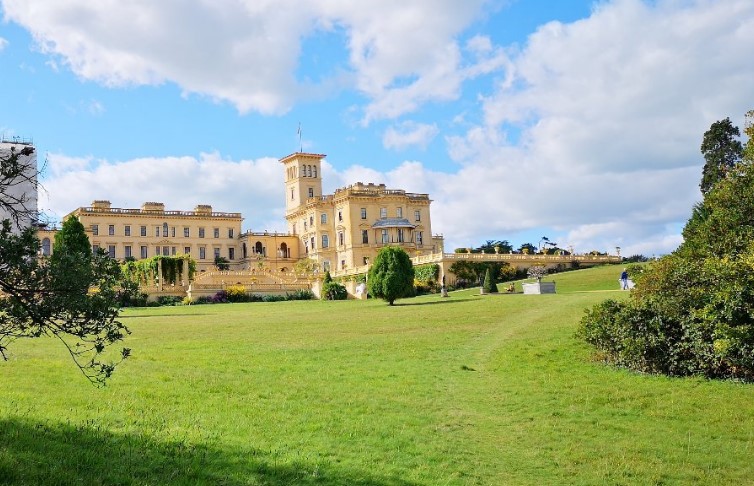 Osborne House is a former royal residence in East Cowes, Isle of Wight, United Kingdom. The house was built between 1845 and 1851 for Queen Victoria and Prince Albert as a summer home and rural retreat. Prince Albert designed the house himself in the style of an Italian Renaissance palazzo. The builder was Thomas Cubitt, the London architect and builder whose company built the main facade of Buckingham Palace for the royal couple in 1847. An earlier smaller house on the site was demolished to make way for a new and far larger house, though the original entrance portico survives as the main gateway to the walled garden.

Queen Victoria died at Osborne House on 22 January 1901. Following her death, the house became surplus to royal requirements and was given to the state, with a few rooms being retained as a private museum to Queen Victoria. From 1903 until 1921 it was used as a junior officer training college for the Royal Navy, known as the Royal Naval College, Osborne. In 1998 training programmes consolidated at the Britannia Royal Naval College, now at Dartmouth, thus vacating Osborne House. The House is now open to the public for tours.

Queen Victoria and Prince Albert bought Osborne House on the Isle of Wight from Lady Isabella Blachford in October 1845. They wanted a home removed from the stresses of court life. Queen Victoria had spent two holidays on the Isle of Wight as a young girl, when her mother, the then Duchess of Kent, rented Norris Castle, the estate next door to Osborne. The setting of the three-storey Georgian house appealed to Queen Victoria and Prince Albert; in particular, the views of the Solent reminded Albert of the Bay of Naples in Italy. They soon realised that the house was too small for their needs. They decided with advisors to replace the house with a new, larger residence. 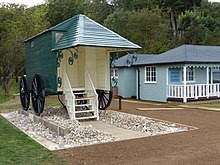 The new Osborne House was built between 1845 and 1851 in the style of the Italian Renaissance, complete with two belvedere towers. Prince Albert designed the house himself in conjunction with Thomas Cubitt, the London architect and builder whose company also built the main facade of Buckingham Palace. The couple paid for much of the new house's furnishings by the sale of the Royal Pavilion at Brighton. The Prince Consort participated directly in the laying out of the estate, gardens and woodlands to prove his knowledge of forestry and landscaping. At the more official royal residences, he had been overruled by the Commissioners of Woods and Forests, who had official responsibilities for the grounds. Below the gardens on Osborne Bay was a private beach, where the Queen kept her own private bathing machine. According to a news report, "The queen's bathing machine was unusually ornate, with a front verandah and curtains which would conceal her until she had entered the water. The interior had a changing room and a plumbed-in WC".

The house's original square wing was known as 'The Pavilion,' containing the principal and royal apartments on the ground and first floors, respectively. The principal apartments, particularly, hold reminders of Victoria's dynastic links with the other European royal families. The Billiard Room holds a massive porcelain vase that was a gift of the Russian Tsar. The Billiard Room, Queen's Dining Room, and the Drawing Room on the ground floor all express grandeur.

In marked contrast is the more homely and unassuming décor of the royal apartments on the first floor. These include the Prince's Dressing Room, the Queen's Sitting Room, the Queen's Bedroom, and the children's nurseries. Intended for private, domestic use, these rooms were made as comfortable as possible. Both Queen Victoria and Prince Albert were determined to bring up their children in a natural and loving environment. They allowed the royal children to visit their parents' bedrooms frequently, at a time when children of aristocrats often lived at a remove from their parents in nurseries, joining them occasionally in public rooms, rather than in shared intimate spaces.

The 'main wing' was added later: it contains the household accommodation and council and audience chambers. The final addition to the house was a wing built between 1890 and 1891. This wing was designed by John Lockwood Kipling, father of the poet Rudyard Kipling. On the ground floor, it includes the famous Durbar Room, named after an anglicised version of the Hindi word durbar, meaning court. The Durbar Room was built for state functions; it was decorated by Bhai Ram Singh in an elaborate and intricate style, and has a carpet from Agra. It now holds gifts Queen Victoria received on her Golden and Diamond jubilees. These include engraved silver and copper vases, Indian armour, and a model of an Indian palace. The first floor of the new wing was for the sole use of Princess Beatrice and her family. Beatrice was the Queen's youngest daughter, and she lived near Victoria during her life.

Osborne House expresses numerous associations with the British Raj and India, housing a collection of paintings of Indian persons and scenes, painted at Queen Victoria's request by Rudolf Swoboda. These include depictions of Indians resident or visiting Britain in the 19th century, and scenes painted in India when Swoboda traveled there to create such works.

The royal family stayed at Osborne for lengthy periods each year: in the spring for Victoria's birthday in May; in July and August when they celebrated Albert's birthday; and just before Christmas. In a break from the past, Queen Victoria and Prince Albert allowed photographers and painters to make works featuring their family in the grounds and in the house. This was partly for their own enjoyment and partly as a form of public relations to demonstrate to the nation their character as a happy and devoted family. Many thousands of prints of the royal family were sold to the public, which led Victoria to remark, no Sovereign was ever more loved than I am (I am bold enough to say). Writing to her daughter Victoria in 1858 about the gloominess of Windsor Castle, Queen Victoria stated, I long for our cheerful and unpalacelike rooms at Osborne.

The grounds also included a 'Swiss Cottage' for the Royal children. The cottage was dismantled and brought piece by piece from Switzerland to Osborne where it was reassembled. There, the royal children were encouraged to garden. Each child was given a rectangular plot in which to grow fruit, vegetables and flowers. They sold their produce to their father. Prince Albert used this as a way to teach the basics of economics. The children also learned to cook in the Swiss Cottage, which was equipped with a fully functioning kitchen. Both parents saw this kind of education as a way of grounding their children in the activities of daily life shared by the people in the kingdom despite their royal status.

In 1859 Prince Albert designed a new and larger quadrangular stable block, which was built by Cubitts on the former cricket pitch. The building is now Grade II* listed.

After Prince Albert died at Windsor Castle in December 1861, Queen Victoria continued to visit Osborne House because it was one of her favourite homes.

In 1876, as a tribute to Queen Victoria, the Government House of the colony (now State) of Victoria, Australia, was constructed as a copy of Osborne House. 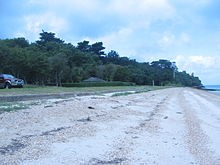 Queen Victoria died at Osborne on 22 January 1901 with two generations of her family present. Although she adored Osborne, and her will left strict instructions that Osborne was to remain in the Saxe-Gotha family, her children did not share the attachment. With the exception of Princess Beatrice and Princess Louise, who both retained houses on the estate, the remaining Royals considered Osborne to be an inaccessible white elephant.

As such, Edward VII presented it to the nation on his Coronation Day in August 1902.[11] The royal apartments on the upper floors of the pavilion wing, including the late Queen's bedroom,

Since 2005, the house has occasionally hosted picnic-style concerts on the lawn outside the main house.

English Heritage has a management contract to run Osborne House as an historic tourist attraction. The house's ownership since 1971 has been held in a private trust  connected to Historic Royal Palaces, the agency covering, among others, Hampton Court Palace and the Tower of London. 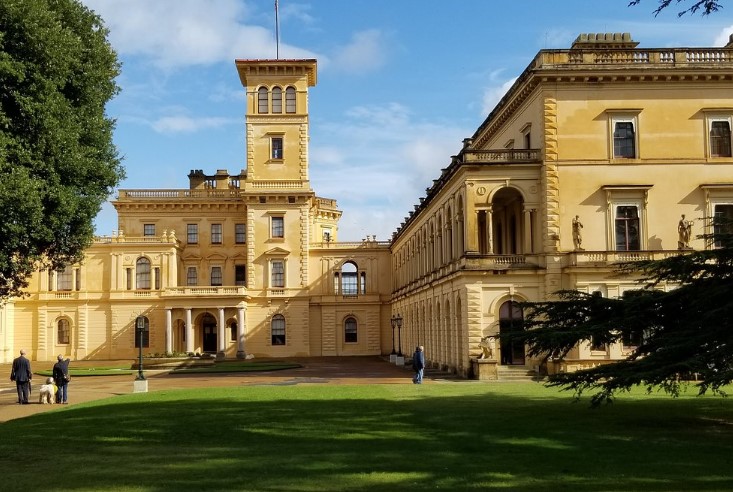 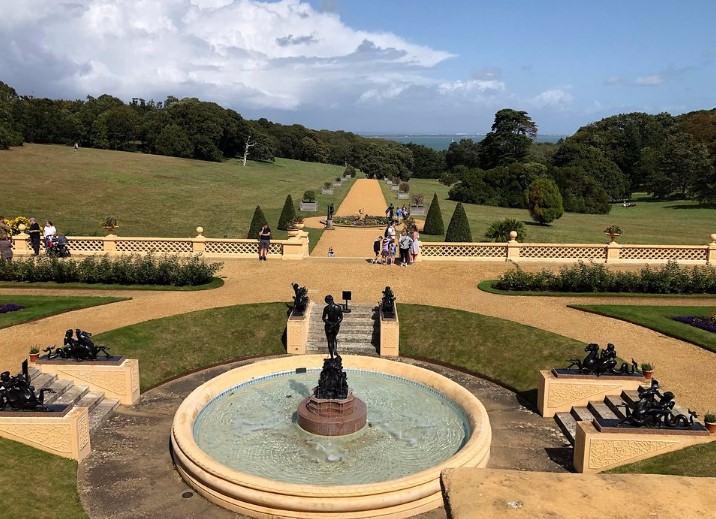 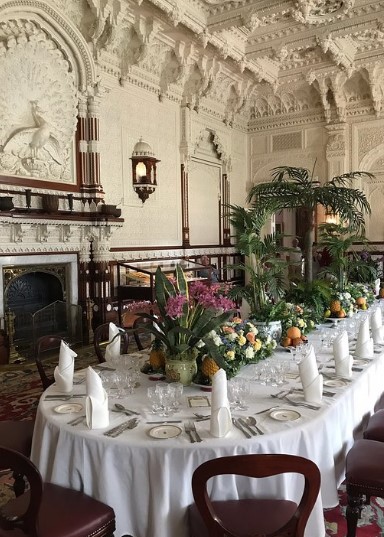 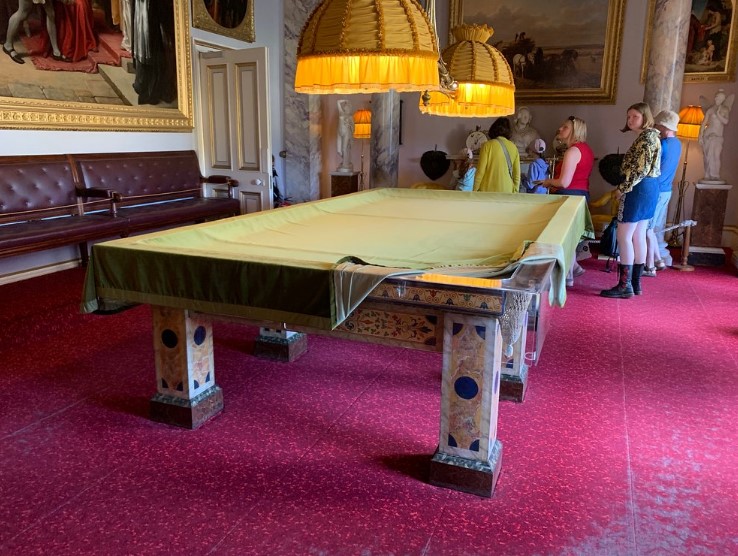