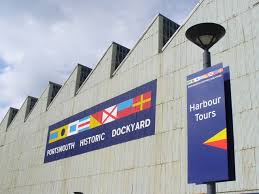 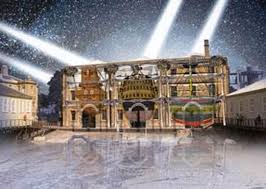 Historic Dockyard is an area of HM Naval Base Portsmouth which is open to the public  contains several historic buildings and ships. It has the National Museum of the Royal Navy , HMS Victory.  HMS Warrior,  HMS M33  and the Mary Rose together with harbour tours and other attractions.

The following ships are displayed at the dockyard:

HMS Victory, the flagship of Horatio Nelson at the Battle of Trafalgar.

HMS Warrior, the world's first armour-plated, iron-hulled warship when she was launched in 1860.

The remains Mary Rose remains, a warship of the Tudor navy, which sank in 1545 and was salvaged in 1982. The museum also displays thousands of artefacts recovered from the shipwreck.