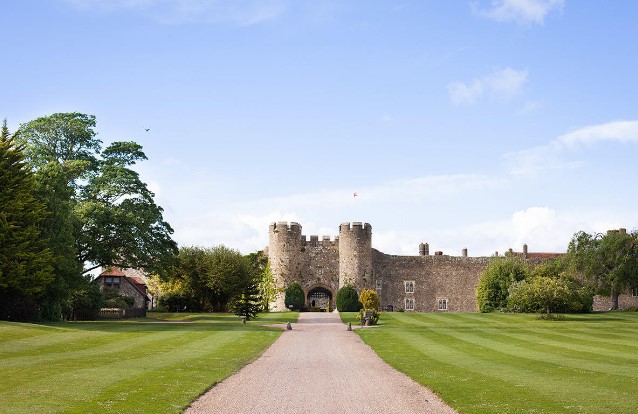 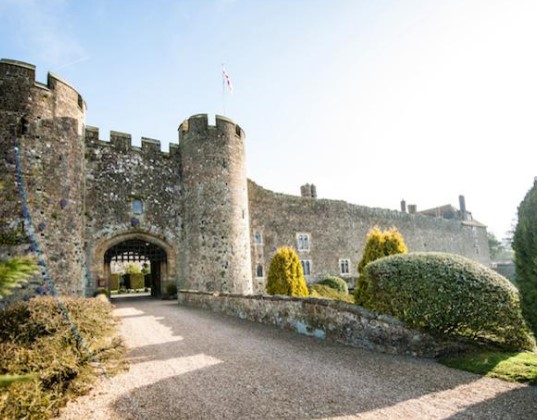 Located in the picturesque village of Amberley in the beautiful West Sussex countryside, Amberley Castle is a unique luxury hotel steeped in over 900 years of history. Within its medieval walls lies a picturesque retreat which seamlessly blends ancient architecture and history with modern design and contemporary cuisine, cooked to the highest standards.

Amberley Castle is located less than 60 miles south west of London and only 22 miles from Brighton in the village of Amberley.

The castle is still completely enclosed by a 60ft high curtain wall which is flanked by a magnificent twin-tower gatehouse to the south and a kitchen block and a garderode tower with gun loops to the north. Square internal towers stand at the corners, with a small water-gate in the west wall and a Norman postern in the east wall.

Amberley Castle, recorded in the Doomsday Book as Amberley, is rich in history, and to this day, still obtains many of its original features.

The land where Amberley Castle stands was gifted to Bishop Wilfrid in 683 AD by Caedwalla, King of Wessex and the castle’s current buildings owe their origins to a timber-framed hunting lodge built in 1103 by Bishop Luffa. The following 400 years saw this lodge transformed into a fortified manor house complete with crenelations, battlements and a portcullis under the supervision of a number of resident bishops.

In the wake of the English reformation, the castle was leased to a series of tenants and during the Civil War it became a royalist strong hold. Oliver Cromwell sent General Waller to destroy the defences in 1643 and 20 to 30 feet was lost from the Curtain Walls and the Great Hall was destroyed, creating a ruin. After the Civil War, Amberley Castle was seized from the Church by Parliament and sold by the Office of Sequestration of Estates to Mr John Butler, a cloth merchant from London who built the Manor House out of the ruins which had been the Great Hall.

With over 12 acres, many visitors simply wish to wander through the beautiful formal gardens contained within the Castle walls. The medieval stonework, rose-covered arches and topiary, dating from the 1920’s, form an evocative backdrop to the colour and fragrance within the perennial borders. The upper courtyard provides a delightful setting for afternoon tea or aperitifs. Camelias and magnolias grow proudly here and Koi carp bask in the charming pond 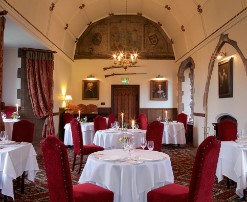 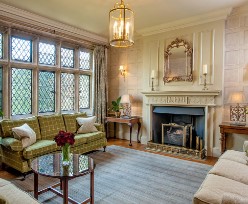 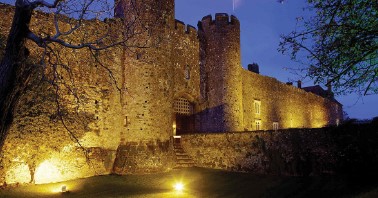